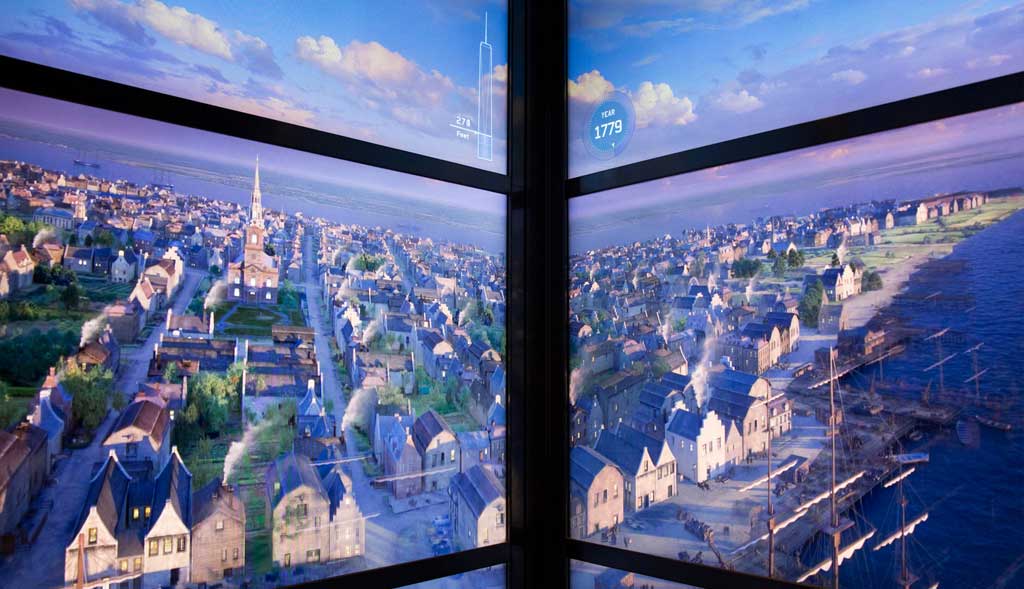 Another very interesting time lapse visualization: The elevators to the observatory atop 1 World Trade Center show an animated time lapse that recreates the development of New York City’s skyline from 1500s to today.

From the moment the doors close until they reopen 47 seconds later on the 102nd floor, a seemingly three-dimensional time-lapse panorama will unfold on three walls of the elevator cabs, as if one were witnessing 515 years of history unfolding at the tip of Manhattan Island.

For less than four seconds (roughly proportional to the time the twin towers stood), jarringly familiar pinstripe facades will loom into view on one wall of the cab. Then, in a quick dissolve, they will evanesce.

Another very interesting dynamic visualization, this time about the change in religious landscape of Vienna. The research project WIREL created these dynamic visualisations in order to explore the role of religions in shaping the social and demographic structure of the population of Vienna. The city of Vienna had a large Catholic majority until the 1970s. Secularisation and a strong influx of international migrants diversified the religious landscape since then. Fertility and marriage behaviour are other major forces shaping the religious composition of Vienna.